As well as having a diverse education system, St. Petersburg has lots to offer its residents and guest. Students are temporary residents or long-term guests of the city! 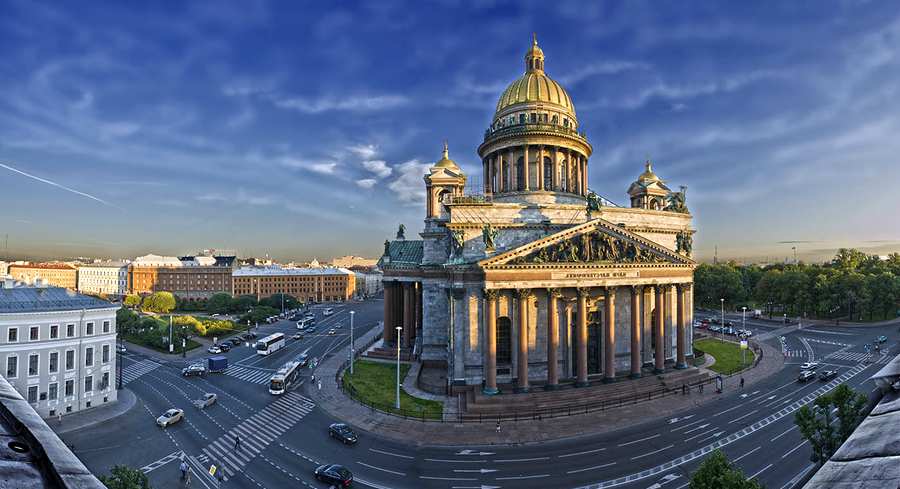 The former imperial capital of Russia, the city has many unique features: it is the third biggest metropolis and the first biggest non-capital city in Europe.  Founded by Peter the Great in 1703 and named after St. Peter, patron saint of the founder, the name of the city is now more associated with the name of Peter the Great himself. The city is historically and culturally intertwined with the birth of the Russian Empire and Russia’s enrollment in the modern history as a major European state.

Sightseeing
One of the major country’s tourism centers, St. Petersburg has a lot to offer. The historical center of the city and its integral memorial complexes belong to the list of UNESCO World Heritage Sites. The city has such exceptional cultural milestones as the Hermitage, Russian Museum, Kunstkamera, Mariinsky Theater, Peter and Paul Fortress, St. Isaac’s Cathedral, Nevski Avenue and hundreds other cultural attractions.  The city is more than ever beautiful during the white nights season when you can read in the midnights without turning the light on, and the bridges across the powerful Neva go up every night to let the ships pass through the city heading to and from Ladoga Lake.

Travel around
With St. Petersburg as a base, you’ll be in the ideal location to explore the fantastic suburbs of the city with the magnificent summer palaces of the royal family, ancient Russian cities like Staraya Ladoga, Novgorod, and Pskov, spectacular scenery of the Karelian Isthmus and Ladoga Lake. From magnificent palaces to adventure sports and breathtaking old fortresses and some of the world’s best-loved cultural festivals, there are plenty of attractions to experience.

Neighboring territories
St. Petersburg’s location in the Northwest Russia makes it easy to explore Russian North-West, Baltic and Scandinavian countries. It takes about four hours on board of a comfortable high-speed train to get to Helsinki. The same amount of time is necessary to reach Moscow, the capital of Russia with its enormous variety of cultural and sportive events.
Magnificent Ladoga Lake, a fresh-water sea, accumulates waters of 300 rivers and gives start to the powerful Neva River, in the delta of which St. Petersburg is located.  The Ladoga is a popular day-trip destination thanks to the various opportunities for water sports, fishing, walking, hiking and camping. You can take a hydrofoil tour to Valaam Island with an ancient monastery, or travel to Kizhi, another famous UNESCO site with its magnificent wooden Preobrazhensky Cathedral made with no single nail and axes as the only instruments used.

Arts and culture
St. Petersburg has a thriving arts and culture scene, from its range of famous theaters and museums to the many captivating art and literary festivals and places in the city.

Architecture fans can enjoy the rich legacy of striking and unique architecture of St. Petersburg created by Russian and European architects. There are plenty of architectural gems like the Winter Palace and Smolny Cathedral, right up to the cutting-edge designs of today such as the tallest European building of the Gazprom Company Headquarters.

Bridges
Initially designed as a Northern Venice, St. Petersburg has hundreds of bridges across dozens of its rivers and canals. Twenty two bridges are raised every night during the navigation season which starts in April and lasts till early November. The view is so spectacular that thousands of city guests and residents are always there to see the procedure in practically any weather.

Beaches
Though a northern city, located on the Gulf of Finland coast, St. Petersburg is surrounded by plenty of beautiful beaches. The first tanners appear on the beach near the Peter and Paul Fortress when the snow is still around.  However, the hot sun and protecting walls of the fortress from year to year attract students and other people to bath in the early spring sun.

Parks and gardens
St. Petersburg is home to a wide variety of stunning parks and gardens in the city and its suburbs, starting with the famous Summer Garden right in the Neva shore. Discover exotic species in the Botanic garden, enjoy the beauty of Peterhof fountains and gardens, take a boat tour around numerous rivers and canals of the city or wander through beautiful streets and squares and relax in the numerous St. Petersburg cafés and other eateries.

Never mind how many years you intend to be a student in St. Petersburg, you will have what to do in the city on every single day and night!